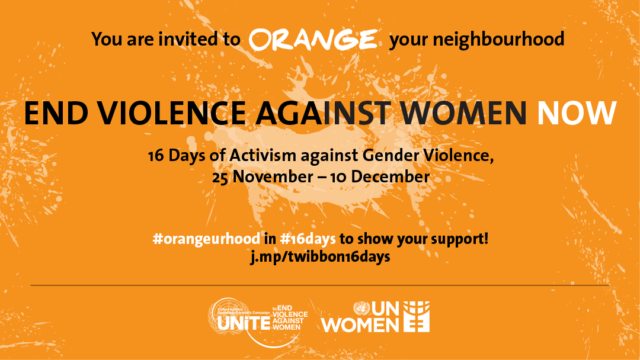 The International Day for the Elimination of Violence against Women and Girls will be commemorated from November 25th to the International Human Rights Day on December 10th.

The 16 Days of Activism to End Gender-Based Violence Campaign is a time to stimulate action to end violence against women and girls around the world.

Here in Grenada, the Ministry of Social Development and Housing, through the Division of Gender & Family Affairs, leads the activism, stamping out violence meted out against women and children, under the theme: “STOP IT NOW- End Gender Based Violence Against Women & Children”. In accordance with this mandate, a number of activities will be held during the period to commemorate this significant occasion.

The period will include a special Church Service on Sunday (November 26th) at the Grenville Pentecostal Lighthouse in St. Andrew. Many are expected to be in attendance, including Ministers of Government and Staff of the Ministry of Social Development & Housing.

This will be followed by a message to the nation by Minister of Social Development & Housing, the Honourable Delma Thomas on Monday (November 27th).

Some of the other planned activities are: “Paint the Nail Purple Pledge social media challenge”:

The general public is invited to Paint their ring finger Purple, take a photo and post to their social media platforms, pledging support for the Elimination of Violence Against Women and Children. This activity is expected to be launched on the November 25th, after the Ministry’s staff members would have “kicked it off” by painting, posting, and pledging on Friday 24th November in the lobby of the Ministerial Complex.

On Friday 24th November and December 8th will also mark the “GBV Eradication, National Colours Day”.  On this day, the public is invited to wear Purple and Blue in solidarity. The persons who are supporting by wearing their colours are asked to take a picture and post to their social media. Stakeholders and Corporate Partners are also being asked to come on board; wearing either the identified colors or their existing advocacy T-shirts.

In addition, video clips advocating Against Gender-based Violence Against Women and Children will be broadcasted via the relevant mediums during the 16 days, with local authorities, personalities, and other public figures. These clips will include one Spoken Word piece, written and delivered by member of the Ministry’s Staff.

A two day capacity building workshop for first responders to critical situations will also be held on December 6th and 7th. The workshop will focus on Crisis Intervention and Effectively Responding to Crisis and will target twenty (20) first responders from the Ministry of Social Development and Housing and key stakeholders from Ministry of Health, the Royal Grenada Police Force and the Media.

Finally, an exhibition will be set up in the Lobby area of the Ministerial Complex displaying photographs depicting the ‘Faces of violence’ and their experiences. Booths will also be set up on Friday 24th November and repeated on Friday 8th December 2017.

The Ministry of Social Development & Housing is urging the general public to join in the fight against Gender Based Violence by participating in the above activities.

For more information, please contact the Ministry of Social Development & Housing’s Division of Gender & Family Affairs on (473) – 440-2269 or ministrysod@yahoo.com. 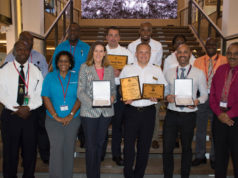 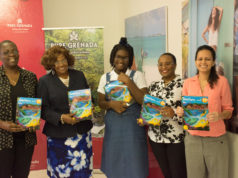 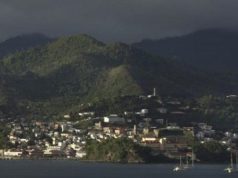