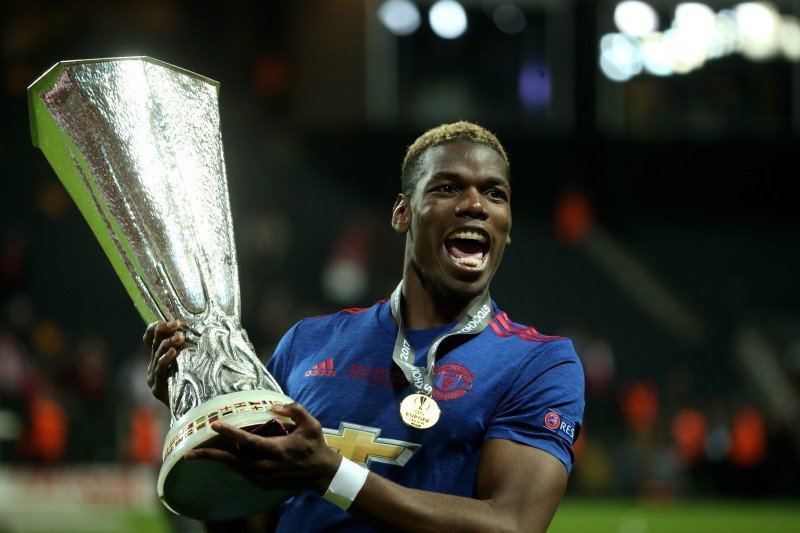 Stockholm , Sweden (AFP) — Paul Pogba dedicated victory to the victims of this week’s Manchester terror attack after propelling Manchester United towards a 2-0 victory over Ajax in yesterday’s Europa League final. 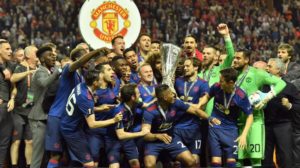 A night that began with a moment of silence, then applause, in memory of the 22 people who died at Manchester Arena on Monday ended with United completing their trophy collection through goals from Pogba and Henrikh Mkhitaryan.

Reminders of the attack were everywhere at Stockholm’s Friends Arena, from United’s black armbands to the chants of “Manchester!” from their fans, while Pogba, too, was grieving, following the recent death of his father.

“We played for the people who died,” Pogba told BT Sport.

“These things are terrible all over the world, in London and in Paris. We went out focused to win and we won for Manchester and the country.”

Victory enabled United manager Jose Mourinho, who said prior to the game that he and his players were struggling not to think about the tragedy, to bring his maiden Old Trafford season to a successful conclusion.

He had already guided United to glory in the League Cup and despite a sixth-place finish in the Premier League, success in the Europa League means his side will return to the Champions League next season.

“It is the end of a very difficult season. But a very very good season,” Mourinho said.

“There are lots of poets in football, but poets don’t win many titles. We knew where we were better than them and we exploited their weaknesses.”

United became only the fifth club — after Juventus, Ajax, Bayern Munich and Chelsea — to have won the Champions League, the Europa League and the now defunct European Cup Winners’ Cup.

Mourinho, a UEFA Cup winner with Porto in 2003 and two-time European champion, has now won all four of the major European finals he has contested.

Ajax were appearing in their first continental showpiece match since the 1996 Champions League decider and fielded a team with an average age of 22 years and 282 days — the youngest to have ever started a major European final.

Peter Bosz’s effervescent team caused United some uncomfortable moments, but without ever threatening to pull off an upset.

“Obviously both sides were affected (by the attack in Manchester), but once you play the final, for that moment you forget it,” said Bosz.

“I’m disappointed because you play finals to win them. We didn’t. I haven’t seen the Ajax that I’m used to, which means good football, high pressing and being dominant.

“High pressing was difficult because Man United only played long balls and didn’t take any risks in the build-up. I think it was a boring game.”

Denied a glorious homecoming by a serious knee injury, United’s Swedish striker Zlatan Ibrahimovic was present instead as a spectator to see his current side take on the team where he made his name.

Pogba put a volley fractionally wide in the first minute and in the 18th minute he found the target, albeit with a helping hand.

It was the biggest return yet on United’s world-record £89.3 million (US$115.8 million, 103.2 million euros) investment in Pogba, who celebrated by pointing to the sky.

The English side then took their foot off the pedal, enabling Ajax to start finding space in dangerous areas, but within three minutes of kick-off in the second half they had tightened their grip on the game.

Juan Mata’s corner from the right was headed down by Chris Smalling and with his back to goal, Mkhitaryan held off Joel Veltman to flick the bouncing ball past Onana and claim his sixth goal in the competition.

Onana was called upon to field a header from Fellaini and United goalkeeper Sergio Romero saved from substitute Donny van de Beek.

But there was little to worry United’s fans, who continued to defiantly chant the name of their grief-stricken city as the final whistle neared. 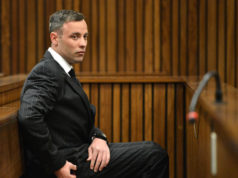 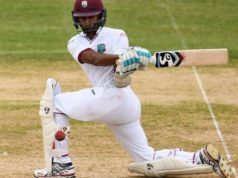 Holder and Dowrich Drive Team West Indies into the Ascendancy 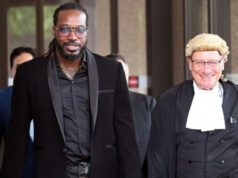