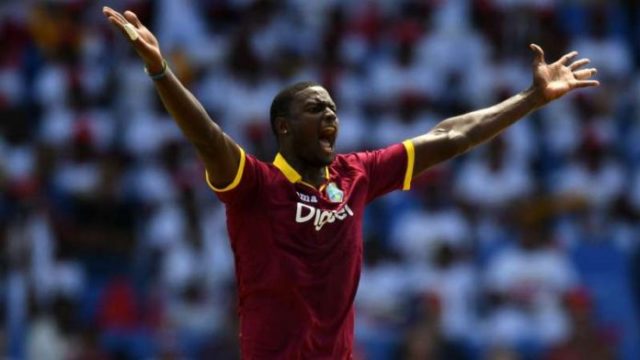 As the eight leading ODI nations convene for the ICC Champions Trophy, one side is conspicuous by its absence.

Over the next two and a half weeks, Australia, Bangladesh, England, India, New Zealand, Pakistan, South Africa and Sri Lanka will do battle in world cricket’s second most prestigious 50-over tournament.

But missing the party are West Indies, ranked only ninth in the ODI standings.

The game in the Caribbean has been on the slide for a number of years – gone are the glory days of Malcolm Marshall, Viv Richards, Curtly Ambrose and Brian Lara – as the row between the nation’s cricket board and its star players continues to undermine the fortunes of the team.

Winners of the first two editions of the World Cup in 1975 and 1979, the Windies were the standard-bearers of limited-overs cricket following its inception, but their absence from this year’s Champions Trophy is the culmination of a slow and steady decline.

Since the retirement of their last superstar Lara in 2007, West Indies have struggled – without success – to produce a side capable of challenging the traditional powers in both the Test and ODI arenas.

They are certainly not devoid of talented cricketers, but getting them to don the maroon and take to the field has been a largely insurmountable obstacle of late.

The likes of Chris Gayle, Dwayne Bravo, Darren Sammy and Andre Russell would improve any XI, although none of those men have made an ODI appearance since 2015 as disputes over pay with the West Indies Cricket Board (WICB) show no signs of resolution.

These are some of the sport’s most coveted stars, and as such can rake in far more lucrative sums from plying their trade around the globe for various Twenty20 franchises. Even Sammy, the Windies’ two-time World T20 winning captain and a man who has a national stadium named after him in St Lucia, is at seemingly irrevocable odds with the WICB.

As one would expect, being shorn of a host of the country’s finest talent has had an adverse effect on the team’s fortunes.

Since 2010, West Indies have won just five ODI series – four of which came against Ireland, Bangladesh and Zimbabwe. At the 2011 World Cup, they scraped out of the group and were hammered by 10 wickets at the hands of Pakistan in the quarter-finals.

Two years later, they failed to advance to the knockout phase of the Champions Trophy before a Martin Guptill-inspired New Zealand brought an end to their 2015 World Cup campaign at the last-eight stage.

Those two World T20 titles in 2012 and 2016 were won with the likes of of Gayle, Bravo, Sammy and Russell to the fore and briefly raised hopes of reconciliation and resurgence, but those victories stand as rare moments of triumph amid the turmoil.

As for the Champions Trophy, there is no doubt the tournament will miss the colour, charisma and flare of the Windies team and its fans, but Pakistan – who qualified at their expense – bring those qualities in abundance themselves.

Bangladesh have improved immeasurably in ODIs, establishing themselves as a serious force in white-ball cricket, and there can be no denying they merit their place at the tournament ahead of the Windies.

The 50-over game as a whole has progressed rapidly over recent years, with scores of 300 and above now commonplace.

Without their star batting firepower, or the bowling nous to stem the flow in the field, West Indies are getting left behind.

With the likes of 10th-placed Afghanistan investing heavily in developing the game in their country, the Windies’ absence from global events may become the norm as they struggle to overcome incessant infighting and recapture the glories of days gone by. 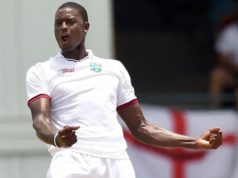