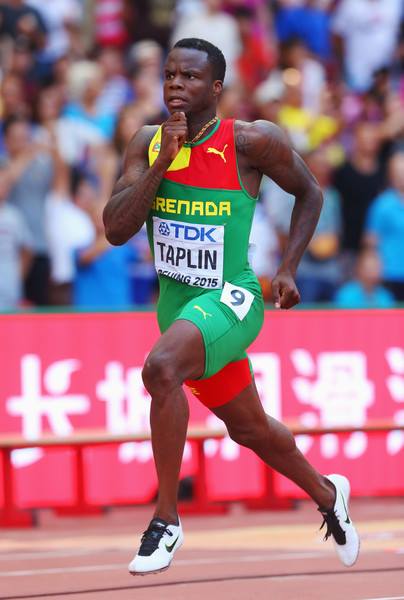 Fans and supporters of   Bralon Taplin a former American sprinter who switched his allegiance from the United States to the birthplace of one of his parents Grenada in December 2012   and has been representing the island since then, will compete for the very first time on the Home soil.

The Grenadian quarter-miler, who last month clocked a 44.88 one of his personal bests at College Station Charlie Thomas Invitational confirmed his participation in the 2018 edition of the Grenada Invitational set for April 21 at the Kirani James Athletic Stadium.

Taplin, who has represented Grenada, consistently over the past four years, will bring stardom to the Men’s 400 meters.

Taplin who has been following in the footsteps of Coach Allyene Francique and Olympic Medallist Kirani James and Athlete  Rondell Bartholomew is expected to have a competitive race at the invitations as he will contend Olympic silver medallist Luguelin Santos of the Dominican Republic and Nery Brenes of Costa Rica.

Taplin, however, will participate in Commonwealth Games at Gold Coast 2018. Before coming to the Grenada Invitational.